February is Black History Month, in which we celebrate the achievements of African-Americans throughout history.

Black History Month is an observation that is not without controversy. But its purpose is a month-long observation and recognition of the history-making accomplishments and contributions African Americans have made to improve our society; better our lives; and change the world. And while African Americans like Martin Luther King Jr., Frederick Douglass, Rosa Parks and Harriet Tubman are some of the more prolific, recognized and heralded heroes during Black History Month, the HVAC (Heating, Ventilation Air Conditioning) industry has somewhat unsung African American heroes of its own!

In honor of Black History Month, Super Heat & Air would like to recognize a few HVAC Heroes that helped shape our industry as we know it today.

Engineer, Journalist, Inventor (1898–1976)
An African-American pioneer of heating and air conditioning, David Nelson Crosthwait Jr. is best known for bringing heat to a very cold Radio City Music Hall. His designs led to many HVAC innovations. And the heating system he provided for Radio City Music Hall in New York City is perhaps the most famous example of his legacy.

Crosthwait won a medal from the National Technological Association in the 1930s. And he became the first African American to be honored as a fellow of the American Society of Heating, Refrigeration and Air Conditioning Engineers in 1971.

Not much is known about Alice H. Parker except that her design for the first gas furnace became the precursor to what would become the central heating system. Her patented heating furnace set the stage for what would later become central heating for residential and commercial buildings. Parker’s invention was a heating furnace powered by gas with several units with individually controlled air ducts. It was designed to heat different sections of an entire house. Before Parker’s design and patent were approved in 1919, coal and wood were the most common ways to heat a home. 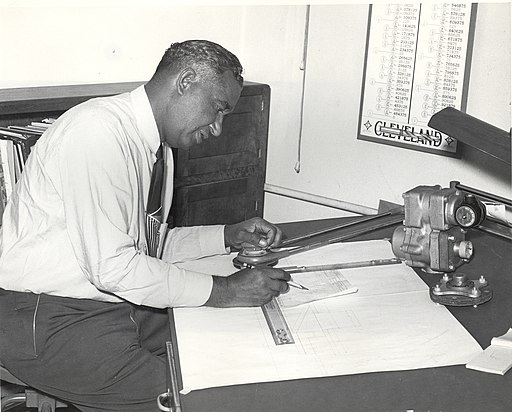 A man whose inventions helped shape refrigeration as we know it today, Frederick McKinley Jones is known for his innovations in preserving perishable goods during long-haul transportation. And if you’ve heard of the name Thermo King — an international enterprise that is still around today — it was McKinley Jones who co-founded it with Joseph Numero in 1938. McKinley Jones patented a portable cooling unit for trucks transporting perishable food. He also innovated portable cooling units during World War II for preserving blood, medicine and food used at army hospitals and battlefields. In 1944, Jones became the first African American to be elected into the American Society of Refrigeration Engineers.  He also became the first African-American to receive the National Medal of Technology, posthumously, from President George Bush in 1991.

And if you need HVAC heroes of your own in the Greater Tampa Bay area, call Super Heat & Air. We’ll be there for you 24 hours a day, 7 days a week. Call 813-609-5015 for all of your air conditioning and heating needs!